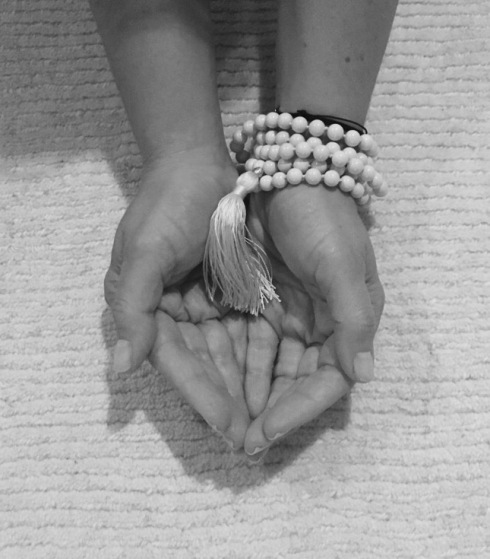 Last week was a bit of an overshare, but at the beginning of my attempts at a regular meditation practice it was so helpful for me to hear from those who made it look so easy.

It takes time and practice to settle in and over time those words, to me, as they will to you, came to take on a newer more nuanced meaning.  It also took some work with different meditation techniques for me to settle in to what has now become a practice of about 60-minutes of silent meditation where I just “drop in” to my quiet mind.

After the visualization technique, which I explained last week, I experimented with a number of techniques until I found a really interesting style of meditation:  mantra meditation.

A mantra is defined as a word, a series of words, or sound repeated to aid concentration in meditation.  It can be something as simple as the traditional “om,” which is heard in yoga classes worldwide, or it can be a more personal affirmation.  Your local yoga or meditation guide can direct you to a mantra that is perfectly suited to you, your needs and beliefs if this phrase is not coming to you easily.

As I settled in to try mantra meditation I selected “om” because, frankly, it was the Sanskrit (though you are not limited to Sanskrit mantras) I felt the most comfortable pronouncing and repeating.

Seated comfortably on my meditation pillow I took a couple of breaths to help me settle.  I then closed my eyes and started to repeat, in a very tentative and quiet whisper, Om.  Over and over, Om, Om, Om.  Before I realized it the om was longer, extending to the length of each exhale, Ooooooommmmmmm.  I relaxed a bit.  I could feel myself slowing down.

Then the thinking mind crept in and I began to wonder what “Om” really meant.  Until that very moment I had just taken for granted that “Om” was an opening and closing chant stated in yoga classes to help raise the collective vibration, consciousness of the room.  And, while this sacred sound of Om is that, it is so much more.  (Here is an article to help explain om in more detail.)

As I settled into a regular practice I started to experience Om at the beginning of a breath as AH, the middle of a breath as OH, and the end of a breath as MM.  YES!!!  The illusive breath in meditation!  I had finally found it!  The answer was right in front of me the whole time.  But, the experience of it was just beginning to unfold for me.

The second piece of the meditation puzzle was revealed to me in this sound and the vibration that resonated through me.  I opened my eyes, my whole body … buzzing … is really the best way to explain it.  I could feel my whole body, alive and active, though I was simply sitting and breathing.  My mind was peaceful and I felt like I had just found the key that I could use to unlock all that was me that I had not ever been able to access before.

I sat for days after this experience trying to get back to this place.  But, I failed.  I was frustrated.  And, then I remembered something one of my wonderful first meditation guides recommended and I incorporated a mala to my mantra meditation.

I happened to have a sandalwood mala nearby.  (Sandalwood is believed to help enhance meditation practices, among other things).  I took the guru bead (the largest bead on the mala and is typically near the mala’s tassel) and started chanting AH-OH-MM with my breath.  With each exhale, and the beginning of the chant, I moved my fingers along the strand to the next bead.  I did this the entire length of the mala, 108 beads, and rested.  I opened my eyes and, though I didn’t feel the buzz I described earlier, I felt the same heightened sense of my own physical being.

For over a month I repeated this every day.  It became second nature to me and I was able to focus the vibrations in different parts of my body.  The sensation of the breath and the vibrations were (and remain) especially strong in my spine, but this can vary by individual.  Anytime I am feeling anxious I repeat Om silently to myself and the vibrations return and help me calm.  My breath settles … and, for me, that was the greatest gift of mantra meditation.  (I often secretly joke to myself that this meditation became the seed of my practice.)

As a side note, malas can also be used alone to help focus the mind and to settle the nerves in times of stress.  There are many styles of counting the beads.  I simply hold the mala in my hand and count off the beads, starting with the guru, until I have moved through all 108.  Typically, by the time I get about ¾ of the way through the strand I am feeling calmer and more focused.  (It is not recommended that you do this while driving, operating heavy machinery, etc.  And, please be careful if you are using malas around small children and animals. General common sense should be your guide here to make sure you and those around you are safe from the distraction of counting, long strings and broken strands!)

For individualized pointers or resources lists for mantras, please send requests to rjlisander@gmail.com.  Of course, you are always invited to stop by InsideOut Body Therapies for a Sunday evening yin flow and meditation class where we experiment a bit with mantra meditations.  Additionally, check the schedule for upcoming meditation workshops. 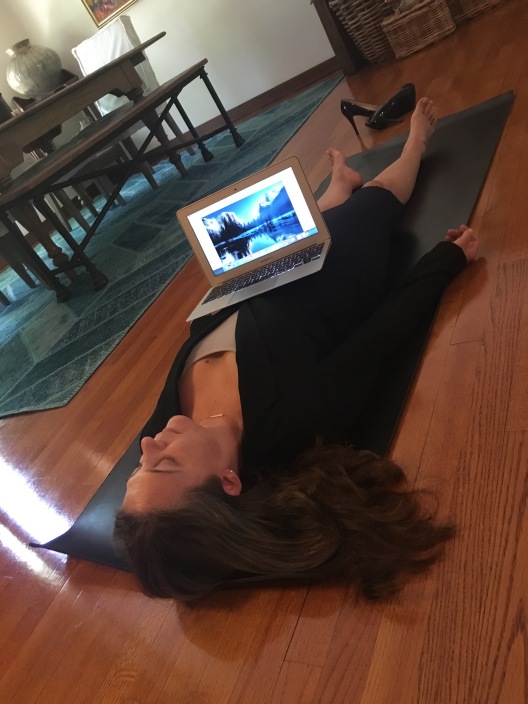 Just checking in on you … how is your practice of meditation going so far?

If you are anything like me, it’s probably not really going well at all.  It is hard to sit in the distraction of the mind and find peace.  Not to mention sitting and feeling the dull ache in the back and the slowly growing tingling in the left toe that eventually overtakes the whole foot in a sea of ever moving pin pricks growing in intensity.

No, it’s not hard to meditate.  It can be near impossible.  So, how did you get through it?

I added a focal point.

The build–up: It had been a particularly long day at work where a meeting ended with me, a natural klutz, making a turn to leave the room too quickly and spilling half-day–old, cold cream and coffee all over a pile of documents ready to be priority shipped to a marketing conference.  To say there was a less than a pleased look on the face of my boss and the immediate knowledge that the intern, who had been excited about and looking forward to a date for weeks, would miss that date to help me reprint and reorganize everything, caused me to feel less like a human and more like the slog at the bottom of slog is an understatement.

It was a bad day.  (Not my worst day, but a bad day nonetheless.)

Knowing we had no option other than to make it work, the intern and I got the job done.  The intern even had time to make it to her date.  (In the spirit of full disclosure, she was late, but she did make it.)  I, on the other hand, went to a quiet apartment with no one home but two aging cats more interested in their evening meal than comforting me.  No friends were available to vent to so I left messages asking for return calls. Then I made a dinner for one, which I barely ate, as I was generally feeling nothing but self-pity.

Now, here is where the real story starts:  I made my way to the sink where I started to wash dishes as I contemplated how to start my letter of resignation … you know, beat them to the firing me punch.  And, then, without thinking about it, after 6-weeks of trying to meditate without even the slightest bit of success, the feel of the warm water washing over my hands, the bubbles of dish detergent soothing my air conditioned-dried fingers, the sound of the water, a steady stream, left me feeling focused.  As I focused on the water and how it felt on my skin I became aware of my shoulders relaxing.  Then just as I believe I was about to feel my breath the phone rang and instantly the moment was gone.

I didn’t answer the phone.  Instead, I rolled out my yoga mat and laid down on it –  work suit and all.  I knew no matter what happened at work the next day I would know I found a moment of peace and I was confident I would find that peace again.

The takeaway: Now, I’m pretty sure that while none of you has actually had this day, you can relate to days like this.  And, it is often in these moments where we are not sure what to do, how to move forward, or how those things we don’t have control over will affect and even change our lives, that we seek outside advice.  In my case, that evening, I wanted a friend to help me sort through how to “fix” the idea that I knew everyone had of me being incompetent.

But, in that moment of mindful meditation I experienced and realized the issue was much deeper; I move too quickly and I needed to slow down.

The focal point: The next time I decided to meditate I pulled up a picture of a river on my laptop. This picture was from a favorite hiking spot and I just looked at the picture.  I recalled the smells, the sounds, everything I could about that spot.  And, though it would take several more meditation sessions before I found my breath, I left that session with a clearer head and a general sense of calm (and, the personal realization that I have a tendency to over-react to less-than-perfect-deliveries at work).

Here are a few tips on how to start meditating with a focal point:

Be kind to yourself and keep trying!  Finding even a few moments each day for your meditation practice can help you find calm in the moment of mental chaos and live more mindfully.